Ed Chiles is a graduate of the University of Florida. He owns and operates three waterfront restaurants in Anna Maria Island and Longboat Key Florida, The Sandbar, Beach House and Mar Vista restaurants. He has been in this business since 1979 when he was part of a partnership that purchased and renovated the Sandbar.

In recent years he has become a pioneer in the sustainable tourism industry.

In 2007, he initiated and became the managing partner for the Pine Avenue Restoration Project in the city of Anna Maria which is now known as “The Greenest Little Main Street in America”.

In 2012 he was awarded the Champion of Tourism Award for the project by the Bradenton area CVB.

In 2015 he along with Richard Jordan and Dr. David Randle co-founded the Blue Community Consortium that is now a UNWTO Affiliate.

Chiles is also a cofounder of the Anna Maria Fish Company. The company uses the local sustainable resource of mullet to provide economic value to the Historic Fishing Village of Cortez and to distribute over 5,000 pounds of some of the finest Bottarga in the world annually. He is a partner in two organic farms: Gamble Creek Farm of Parrish, Florida and 3 Boys Farm of Ruskin, Florida.

Chiles was a founding member of START – Solutions to Avoid Red Tide which began in 1996 to work on education and potential mitigation issues for harmful algal blooms including Red Tide that was affecting the coastal areas of Florida. Chiles assisted START in setting up a partnership over 15 years ago which still is in place today w Mote Marine Laboratory and The Florida Fish and Wildlife to work together on these issues.

Chiles and Mote Marine are also working together on a sturgeon caviar project. In addition to his work with Mote and the Anna Maria Fish Co he has been integral in pilot projects to organically raise and develop new sources of aquaculture, Sunray Clams and oysters in his areas local waters.

Chiles is also a partnered with the Patel College of Global Sustainability from the University of South Florida. The United Nations World Tourism Organization has recognized this leadership and best practice in the sustainable tourism field.

Ed was part of a six person team that met with Walt Disney World to compare best practices and reported on his presentation from his recent Windsor Castle Sustainable Tourism Consultation in May - “Imagine the Possible: Innovation and Urban Development, Sustainable Tourism, and Culture” that included participation from around the world including representatives from the United Nations.

Chiles and his culinary team also just participated for the fourth year in a row in Capital Hill Oceans Week and the NOAA 40thAnnual Fish Fry in Washington, D.C. where they partnered w Mote Marie Lab’s to represent Florida and show case the aquaculture and heritage seafood products that they have been working on separately and collectively, bottarga, Siberain sturgeon that Mote has been raising and Siberian turgeon caviar. He recent speaking engagements have included World Oceans Day and the PEW Charitable Trust dinner.

Ed Chiles was named, Man of the Year in 2000 and by the Anna Maria Island Sun newspaper as well as being named person of the year in 2009 by the Islander Newspaper. He was named the business person of the year in 2002 by the Anna Maria Rotary Club, and he was awarded the business partner of the year by the manatee County School Board in 2000. He serves on the board of the Anna Maria Island Community Center. He is a former Chairman of the Board of Goodwill Industries Manasota as well as a former Chairman of the Manatee Community Foundation. He is a past recipient of the Palmetto Youth Centers, Senator Ed Price Humanitarian of the Year Award and the Manatee Community Foundation Leadership Award 2010. Chiles and his flag ship restaurant, The Sandbar, were named Manatee County Small Business of the year for 2008 by the Manatee Chamber of Commerce and The Chiles group received the Anna Maria Chamber of Commerce business of the year award in 2009. He was named an Honorary Rotarian by the Anna Maria Island Rotary Club in 2008. Ed was recently notified that he is a finalist in the inaugural Biz(941) Greater Good Awards in the Hospitality category with the award to be given this September. 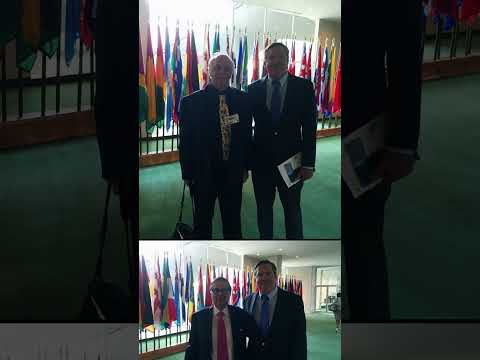